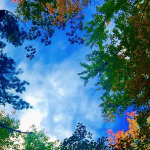 Close to 16 years ago, I joined with a small band of neighbors over concern for the proposed development of a parcel of open space land that connected several surrounding neighborhoods. This parcel had been left unattended for at least a decade or more, and had grown wildly in vegetation, trees, was home to scores of wild critters, birds, and also featured a small pond.

When we discovered that the town planned to level the 27 acre parcel of land without a comprehensive approved plan for future development, this group of neighbors became curious and requested additional information about this proposed action. Absent of any approved appropriation and with little consideration of the treatment of this land, we learned that the intent was to employ a “deforesting” technique. This consisted of applying highly toxic chemicals directly upon the soil as a means to cheaply and efficiently “kill” any vegetation for whatever possible development the future held. We were informed that to use the technique of individually selecting and clear-cutting trees meant too many dollars spent on manual labor. We immediately took up a collection and filed a motion in superior court to stop any action on the land until we were satisfied with the safety of whatever the town had decided to implement. And we won that motion. With requests for hearings and a strident commitment to the truth, we found out that the chemical the town had proposed to use, was so toxic that not only would it kill (level) most of the flora, but also significant fauna in the area as well. And, we were stunned to learn it would likely create genetic abnormalities in animal generations to come. We were mortified at the suggestion we keep our children and pets indoors for a few days during the application of this deforesting chemical, as they might suffer harm. We stood even stronger in our resolve to stop this irresponsible and dangerous stewardship of the land.

Also at that time, several families in the immediate area had deep artesian wells. In addition, there is a natural aquifer bed between the neighboring development and ours. I shudder to think about the possible toxic run-off that might have occurred to this precious parcel of land, and the likely harm to the families in the area. And so, it was with great joy this fall, that I was reminded of that time, seemingly long ago, when a small group of committed, passionate neighbors put their all into doing what was right. I am happy to report that this parcel of land has since been conscientiously developed into Lawrence Road Park – a lovely little nature park of walking trails with access to a once hidden pond. This fall of 2015, nature has blessed us with a stunning display of magnificent color. As I prepare to leave my home and move on, I am comforted to know that a piece of me remains here (along with my falcon babies) and that future families to come will find peace and joy in this beloved place. Enjoy!